Les Enfants Terribles bring their multiple award-winning show, The Terrible Infants to the magical surroundings of Wiltons Music Hall for the first time.

Based upon a series of twisted tales, this fantastic spectacle blends puppetry, live music and story-telling into a highly sensory theatrical feast suitable for big kids and small grown-ups! Featuring narration from Dame Judi Dench.

This unforgettable 10th anniversary production follows the huge success of The Trench, The Vaudevillains and the Olivier Award-nominated Alice’s Adventures Underground.

a beautifully realised slice of vaudevillian puppet theatre that crawls with characters that could have escaped from Lewis Carroll’s waste paper basket… a woe-strewn, Struwwelpeter-esque revue of twisted cautionary tales.

METRO
It’s like giving your inner child an enormous sack of sweets and a cuff round the ear: Wildly lyrical, darkly camp and musically adept… Polished till it shines and played beautifully by a cast looking like naughty toys that have escaped from the nursery…
✮✮✮✮✮

THE STAGE CRITICS CHOICE
There is a refreshingly modern twist to all of this that does not detract from its gothic morality, so taking the spirit of Struwwelpeter, Edward Gorey and Roald Dahl screeching and laughing into the 21st century.

THE MIRROR
The use of stage props is evocative and professional throughout this faultless show. For kids or adults alike, these morality tales are simply tremendous fun and the performers are some of the best you’ll see in this genre. A total delight from start to finish.
✮✮✮✮✮

WHATS ON STAGE
With its magical music and alliteration aplenty, The Terrible Infants is a box of delights. From grizzly bears to inventive puppetry and ingenious umbrella use, these Roald Dahl-esque stories will both delight little ones and remind big ones what it was like to be little at all.
✮✮✮✮✮

THE ARGUS
Mix puppetry, singing, dancing, creative scene changing and competitive on-stage one-upmanship with just the right amount of pathos and you’ve got a rare gem of a show from this tremendously talented troupe.
✮✮✮✮✮

THE ADELAIDE MAGAZINE
A hugely entertaining and mesmerising performance of tall tales… The combination of humour, sadness and insanity with clever visual tricks makes this unique show a winner.
✮✮✮✮✮

THE HERALD
There are echoes of Gorey and Belloc in these twisted tales but foreseeing the outcome in no way detracts from the huge amount of fun we have getting there. Older kids and adults with a liking for Roald Dahl will be in their element here.
✮✮✮✮

THE SCOTSMAN
Audiences from 100 years ago could easily have walked into the same show and be just as entertained as we are.
✮✮✮✮

THE GUARDIAN
These cautionary tales are terrific fun, poised somewhere between Shockheaded Peter and Roald Dahl’s nastiest stories… Every physical theatre trick in the box.

ADELAIDE THEATRE GUIDE
will enthral children and adults alike and are told with such a variety of theatrical techniques and with such enthusiastic commitment that they deliver 75 minutes of non-stop entertainment… huge fun, and a must see for anyone who loves exciting and imaginative theatre.
✮✮✮✮✮

THREE WEEKS
the dialogue is poetic but funny, the acting versatile and energetic, and their on-stage relationships are self-consciously comic. The tales may be childish; but this show is professional, original and brilliant.
✮✮✮✮✮

FRINGE REVIEW
An absolute delight of a show… these are new and original moral fables performed with such a sense of conviction and glee that they are just as enthralling to adults and children alike.. Colourful and wickedly fun this is storytelling as it should be.
✮✮✮✮✮

BROADWAY BABY
Beautifully crafted from every angle – from the eloquence of the sing-song script, to the score of the cast’s gypsyswing band.. no stone was left unturned; no line ill-delivered, no harmony discordant.. I loved it so much I didn’t want it to end. Simply excellent.
✮✮✮✮✮

ONE4REVIEW
The flawless presentation of the stories is colourful and imaginative yet the stories themselves are infused with a dark, yet playful, humour. The blend of beautiful language, original music and physical theatre works in such a natural way.. modern theatre at its very best.
✮✮✮✮✮

FEST
A deliciously dark and playful little nugget of theatre for big kids and their parents. A collection of short tales is played out in a Gothic visual style reminiscent of the illustrations of Tim Burton and Richard Gorey.. it’s a great box of tricks.
✮✮✮✮✮

HAIRLINE
A blend of the Brothers Grimm’s fantasy, a bit of Roald Dahl’s imagination and some of Tim Burton’s prose and visuals… Missing a show by Les Enfants Terribles would normally constitute somewhat of a sacrilege, but missing The Terrible Infants should be penalised by law. If ever there was a more perfect little show, this is it.
✮✮✮✮✮

THE LIST
There’s a careful route to be trodden between bold, imaginative concepts and a slick, entertaining production. The Terrible Infants is a winning cocktail of the two, showcasing the admirable vision of the production designers and the physical, vocal and musical skills of the cast. This is ‘edible’.
✮✮✮✮

KRYZTOFF
Incredibly stylish from the Bohemian Victoriana costume to the audible dust on the needle of the Dame Judy Dench-narrated tale of Beatrice and the music by the multi-instrumentalist cast is first rate… should be put to the top of every family’s must-see list.
✮✮✮✮✮

BRITISH THEATRE GUIDE
Wyer’s design looks wonderful on stage and integrates perfectly with the actions of the performers and puppets. Adults and children will all find themselves spellbound by this great looking show.
✮✮✮✮

ED FEST MAG
The show is a delight to watch… it is delightfully whimsical and provides great entertainment for all ages.
✮✮✮✮

RIP IT UP
There’s more than a passing nod to Roald Dahl’s Tales Of The Unexpected in this deliciously dark vaudevillian production… Mix puppetry, singing, dancing, creative scene changing and competitive on-stage one-upmanship with just the right amount of pathos and you’ve got a rare gem of a show from this tremendously talented troupe.

ADELAIDE ARTBEAT
Like witnessing a whimsical and magical montage of gothic fairytales jumping off the pages of a book, The Terrible Infants is an enchanting combination of puppetry, poetry, singing and storytelling… an absolute delight for anyone who is lured by Once Upon a Times and stories that should be whispered to children late at night. HECKLER It has an excellent carnival feel to it, brilliant music, exceptional story-telling and some seventy-five minutes of jam packed singing and dancing. This kind of show is the reason why people go to the theatre.

DAILY INFO
Situated somewhere between a traditional nursery rhyme book and the darkest corners of Roald Dahl’s imagination, these tales are wistful and wicked in equal measure. This is a wonderfully visual show.. exciting, imaginative, fiendish and sweet – storytelling at its most magical.

OXFORD TIMES
Think Roald Dahl, Lewis Carroll and Hilaire Belloc, add a helping of almost every theatrical style imaginable, and you have some idea of what The Terrible Infants is all about…this is a show that sets out to entertain, excite and challenge, offering humour, energy, eccentricity and a touch of the macabre. Funny, intriguing and captivating, this is a show that appeals to all ages.

GLAM ADELAIDE
Although this is a very dark comedy musical piece, the biggest laughs come from the youngest member of the audience sitting down the front, indicating that it not limited to an adult audience.
✮✮✮✮✮ 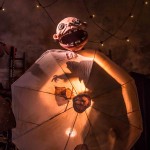 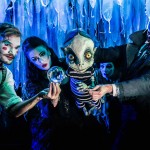 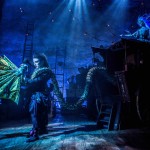 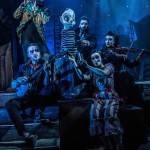 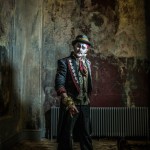 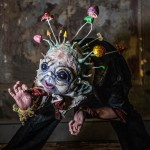 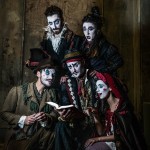 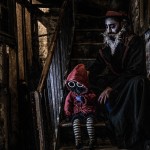 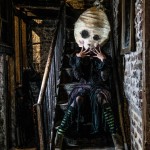 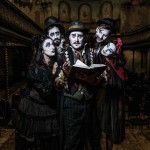 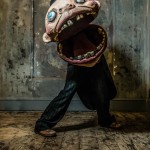 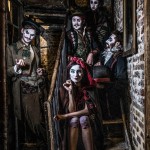 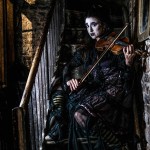 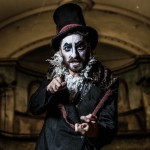 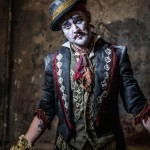 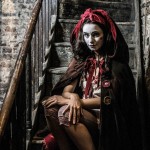 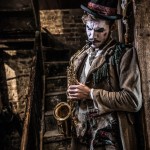