You’re young, free and single and haven’t had sex for the last eleven and a half months, then one morning you wake up pregnant and to make matters worse the Angel Gabriel is on your doorstep claiming parentage!

This is the situation our young heroine finds herself in, which is unexpected to say the least, considering that as a part-time mistress, she isn’t exactly ‘the Virgin Mary’. To make matters worse her highly strung boyfriend Michael turns up, blind with panic, convinced that the child is his, closely followed by Lucifer, the Prince of Darkness, who is adamant the unborn baby belongs to him!

So how does the modern woman cope with immaculate conception? Would the Second Coming be the saviour of mankind or simply the saviour of the religious establishment? And how on earth do you tell the son of God that if he doesn’t do his homework he’ll amount to nothing? 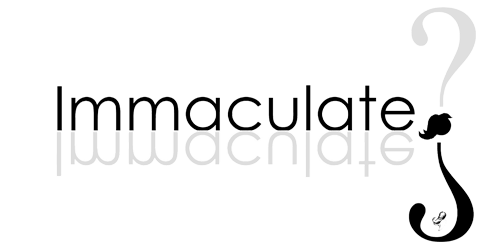 Be prepared to go back again to catch the gems you missed.

In a Fringe which is filled with comedies, this has to be one of the funniest.

A tightly written, extremely funny comedy that will certainly tickle your ribs.

The show is graced by almost immaculate performances.