Inspired by the likes of Edgar Allan Poe and Alfred Hitchcock, ‘Ernest and the Pale Moon’ is a spinechilling tale of obsession and murder based upon a short story by Oliver Lansley about a man who spends his days watching the beautiful young woman who lives in the apartment block opposite. Upon seeing her with another man he is thrown into a jealous rage and driven to murder, though all is not what it may at first seem and slowly Ernest’s guilt sends him on a spiralling descent into madness.

THE TELEGRAPH ****
A gloriously gothic production about obsession, from razor-sharp theatre group Les Enfants Terribles, this feels like Hitchcock’s Rear Window meets Edgar Allan Poe, bubbling away in delight at the power of the imagination as the source of all our pleasures, but more importantly our woes.

THE STAGE – MUST SEE SHOW
A highly atmospheric piece of gothic story-telling channelling Edgar Allan Poe and Henry James.. With some stunning coups de theatre and clever shifts in perspective, text and theatricality intersect in the work of a company very adept at showing how physicalised story-telling is at the heart of some of the best theatre around.

THE METRO ****
A deliciously creepy thriller that draws heavily on Hitchcock’s suspenseful Rear Window and Poe’s macabre short stories.. as fresh as a new wound.

THE LIST ****
Writer Oliver Lansley has once again reached into his wonderfully twisted mind for this dark gem.. It takes a skilled company to transport an audience into such an unsettling and complete world and then bundle them back safely into the ‘real’ one… a complex, self-contained experience that, once over, feels like a half-remembered, lingering dream.

TOTAL THEATRE
Drawing on the worlds of Tim Burton, Edgar Allen Poe and classic mime, the play is an atmospheric and riveting physical theatre experience.

FEST ****
The ingenuity and imagination with props and physical acting is stunning.. a highly professional, sophisticated production.

BROADWAY BABY *****
It will appeal to anyone who wants to be immersed in a noir horror and swept along with such beautifully choreographed storytelling that you sit mouth-agog at the sheer spectacle of it all.”

FRINGE REVIEW *****
Visually this show is stunning. Reminiscent of a Francis Bacon painting, the set is so imaginatively deployed that it does as much to further the tale unfolding as do the characters. This really is a tremendous show from a very confident and inventive young company,. tightly scripted, beautifully staged and inventively realized.

YORK PRESS *****
the most visually memorable night’s theatre your reviewer has experienced this year with an increasing, if strangely pleasurable, discomfort: gothic storytelling as intense as absinthe

Bristol Old Vic Theatre Review
If you’re a fan of the dark, the sinister, and the frankly quite melodramatic, then Ernest and the Pale Moon is a performance you’ll thoroughly enjoy. Drawing on gothic tales you’ll no doubt recognise, the play has the feeling of deliberately uneasy familiarity, and etches a beautifully nightmarish portrait of woeful horror.

HAIRLINE *****
With hints to Alfred Hitchcock and Tim Burton (with a hint of Edgar Allan Poe thrown in for good measure), Oliver Lansley has created another theatrical masterpiece of dark undertones, creepy characters and where silences speak volumes… Ernest and the Pale Moon is, without a doubt, another roaring success from a company that does no wrong. A play, so good, it needs revisiting.

ONE 4 REVIEW *****
gripping from its first discordant second until its final glint of moonlight realisation.

WHATS ON STAGE ****
Visually, this is a wonderful piece of storytelling.

VENUE MAGAZINE *****
the tensest most neurotic scenes this side of Edgar Allan Poe’s ‘The tell tale heart’.

FRESH AIR
Positioned as somewhere between Tim Burton, Hitchcock and Poe, ‘Ernest and the Pale Moon’ is an incredibly dark play focused on the obsessions and guilt of a deranged individual… the entire production glistens with professionalism and innovation.

CHOPSYBABY.COM
Tense, slightly sick moments combined with some beautiful Foley and a fantastic live soundtrack makes this eerie story perfect viewing. With genuinely dark moments and a wonderfully creepy edge, Ernest is the perfect psychological horror character ticking all the right boxes. When theatre horror can be this good, why be disappointed at the cinema? 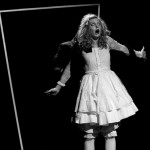 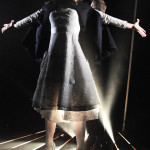 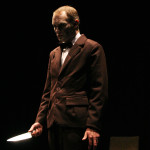 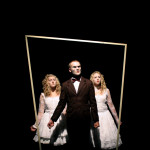 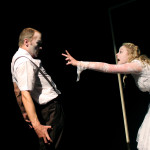 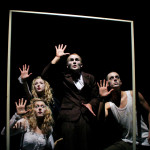 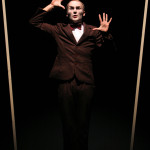 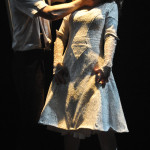 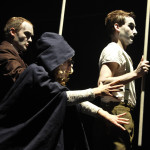 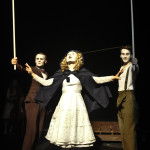 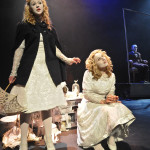 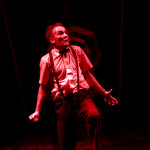 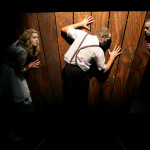 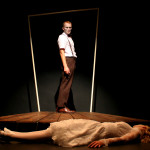 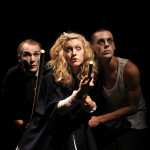 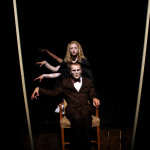 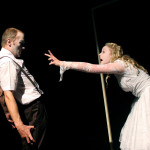