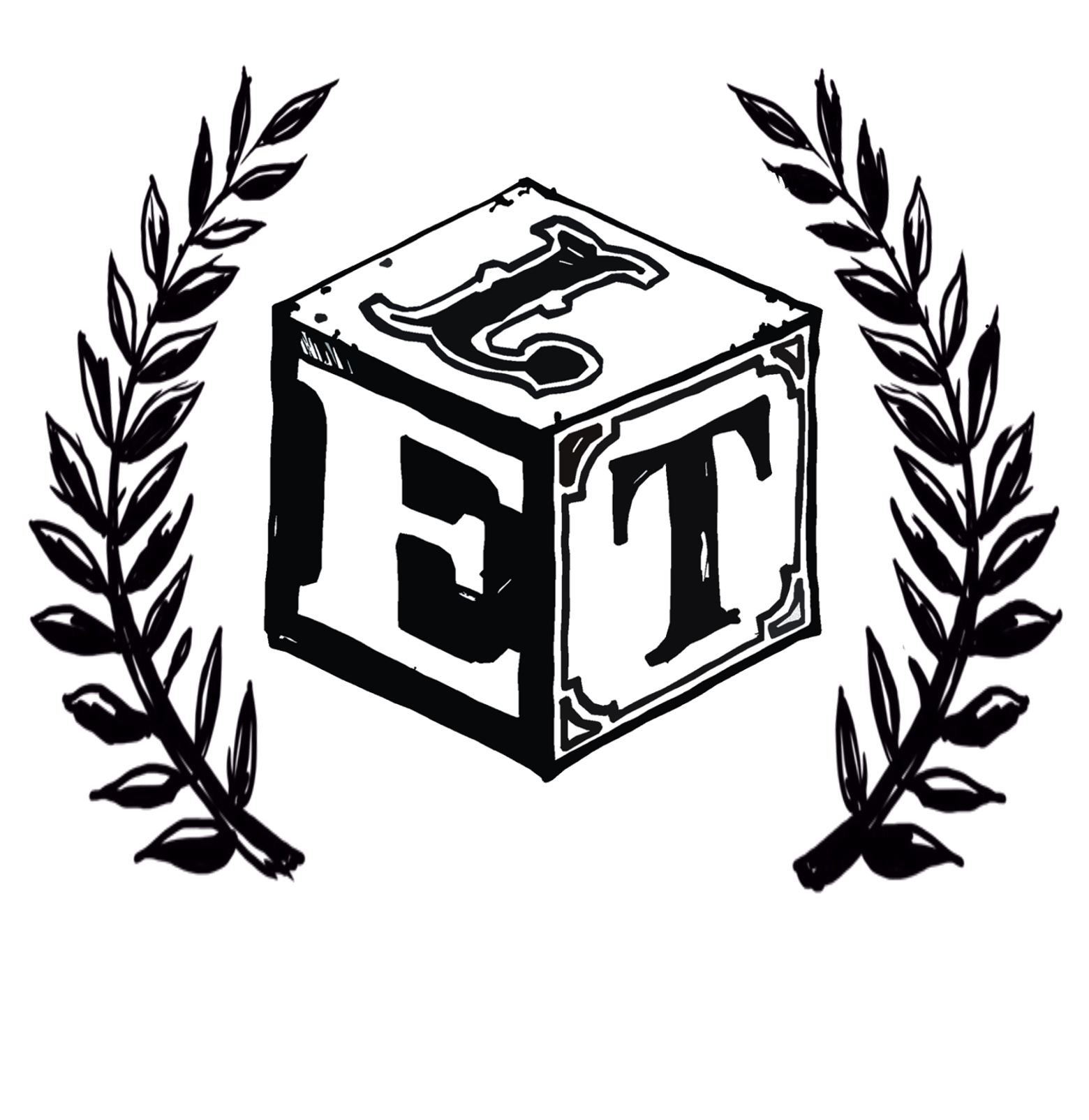 A big congratulations to this years award winners Bleeding Nora with ‘When Dolly met Dom’ & Voloz Collective with ‘The Man Who (thought he) Knew Too Much’!

In collaboration with Greenwich Theatre, we are delighted to be supporting two exciting new companys with the LET Greenwich Award. Voloz Collective and Bleeding Nora will be mentored by Les Enfants Terribles and Greenwich Theatre and will take their respective shows to Pleasance Theatre at the Edinburgh Festival Fringe 2020.

>   A guaranteed performance slot in The Pleasance at the Edinburgh Festival Fringe 2020.

“It has been an amazing journey since starting the LET Award in 2012 meeting all these remarkable and exciting new artists and seeing where their creative journeys have taken them since. It has been a thrill and a privilege to see the work of and even to collaborate with many previous winners and nominees as peers on various projects.

There are so many really exciting young companies working today whom I first encountered through the award’s showcase and I hope that the award continues to give new artists making original work the boost they need to get something made and get something seen.

I look forward to enjoying much more of this work in the years ahead.”

Deadline for 2020 applications is NOW CLOSED!

We’re delighted to award Perhaps Contraption with the LET Award for their show ‘Nearly Human’ and the Greenwich Partnership award to Dead Rabbits Theatre for their show ‘My Love Lies Frozen In The Ice’. 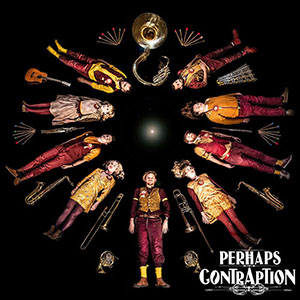 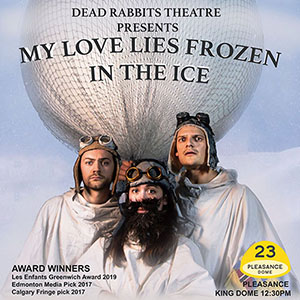 We’re delighted to award Wildcard Theatre with the LET Award for their show ‘Electrolyte’ and the Greenwich Partnership award to Incognito Theatre for their show ‘Tobacco Road’. 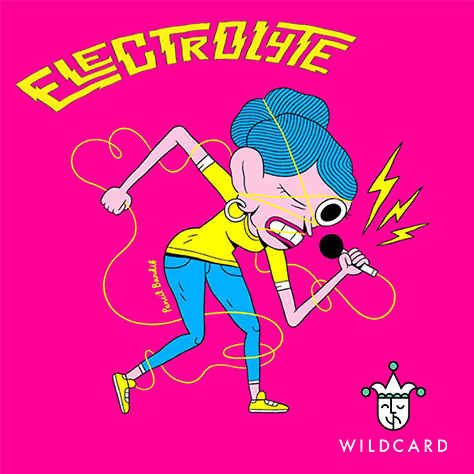 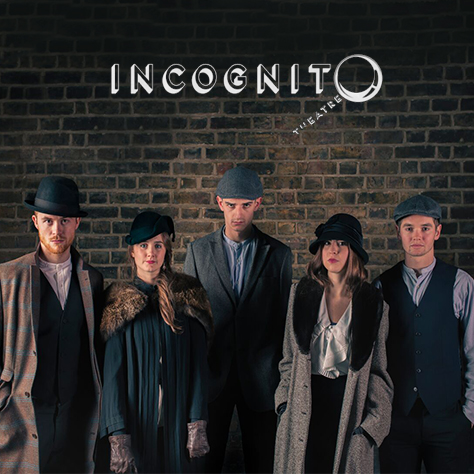 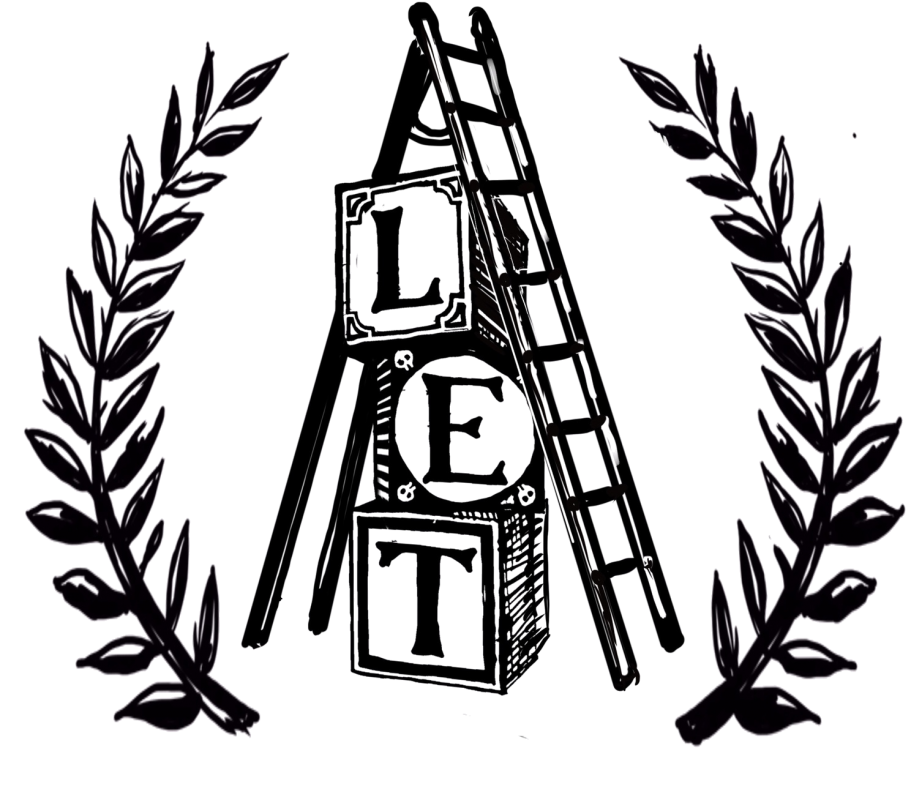 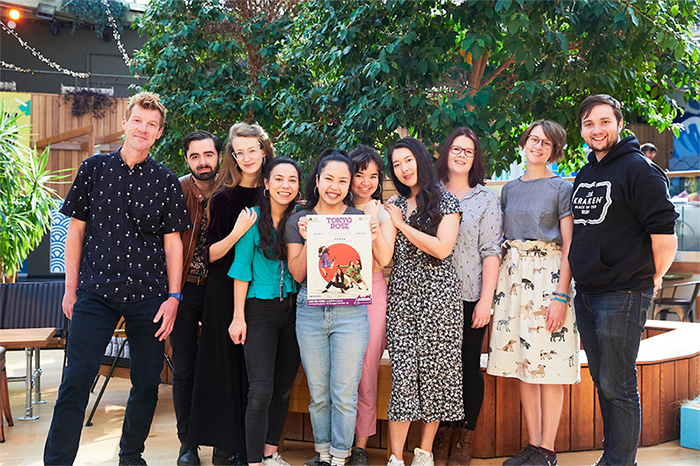 In collaboration with house and The Other Richard, we are delighted to be able to
offer this award for the third year.

Les Enfants Terribles in association with house and The Other Richard are pleased to announce Burnt Lemon Theatre as the third annual Stepladder Award winners with their production of Tokyo Rose.

‘I’m really happy that Burnt Lemon Theatre’s Tokyo Rose is this year’s winner of the Stepladder Award as this is an incredibly skillful, enjoyable and provoking piece that deserves to be seen beyond the Fringe. I look forward to helping the company take this show around the UK where I am sure it will resonate with audiences as much as it has done with us. The true story set during World War II has, we believe, many parallels in today’s climate and feels utterly fresh, contemporary and relevant.’

Now in its third year, The Stepladder Award has been created to help companies make that next step up to becoming full time theatre professionals. This was a crucial step in Les Enfants Terribles’ growth as a company and this opportunity is something that has long been missing from the UK theatre industry. We are once again thrilled to be partnering with house and The Other Richard to create this unique award and support new and exciting work.

> Guidance, tour booking support, producing mentorship and networking
opportunities from house in booking an Autumn 2020 tour of the company’s
production.

> Your show filmed and photographed by The Other Richard at the fringe,
including: a set of production photography, a three camera show recording and
an edited trailer.

Please note that the photographs, recording and trailer are aimed to aid tour booking in
2020 and will not be ready for use throughout the Edinburgh Festival Fringe 2019.

Deadline for 2019 applications are NOW CLOSED!

To apply for the Stepladder Award, please download the following PDF and thoroughly read the entry specifications. Please then click on the link below and fill out the online application form. 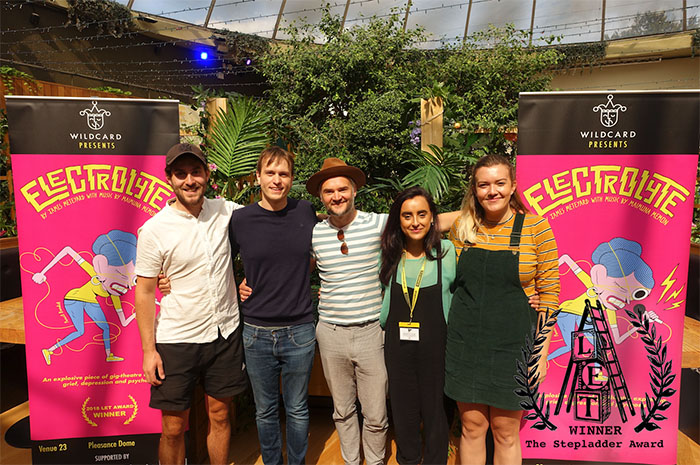 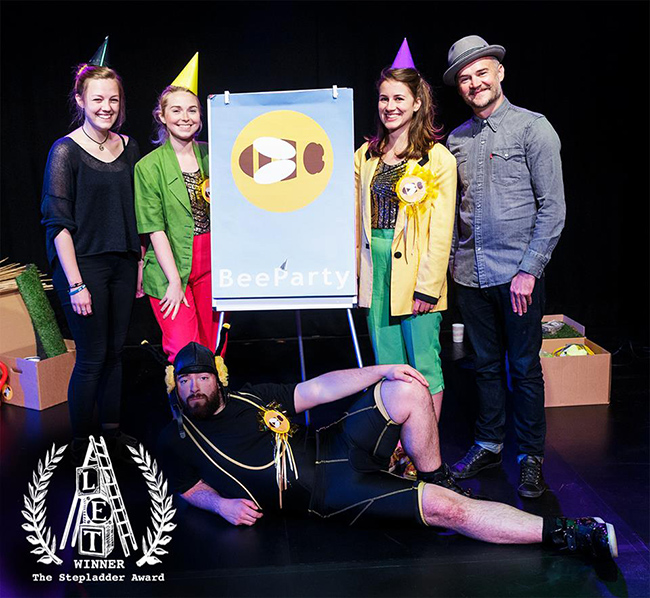 Check out our partners: 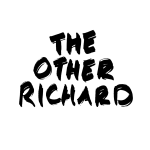 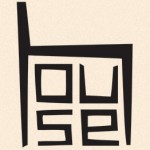 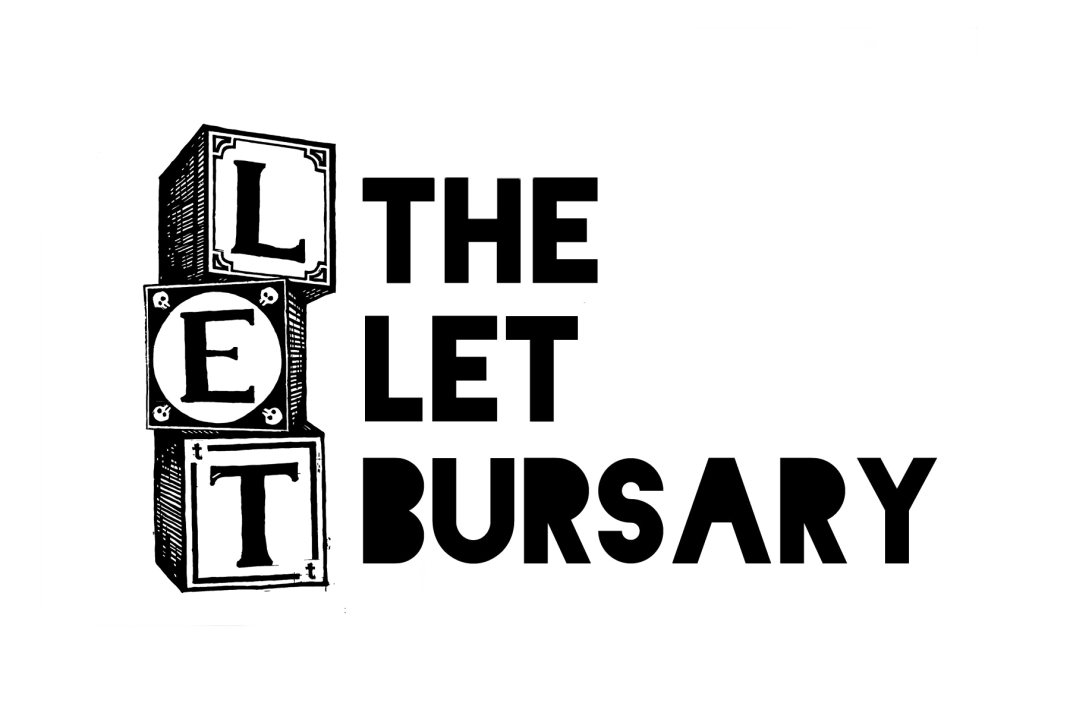 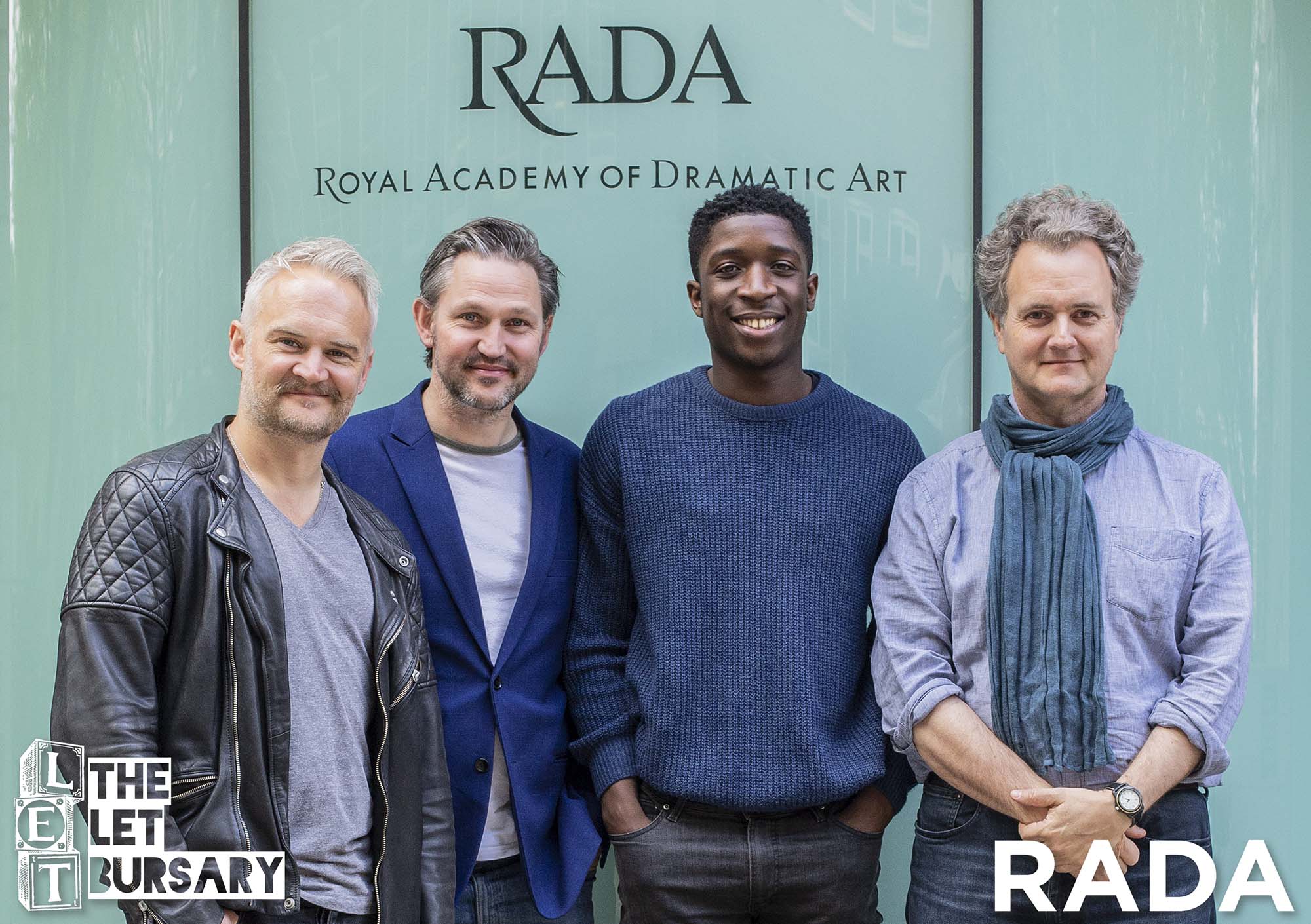 Les Enfants Terribles and RADA (Royal Academy of Dramatic Art) are proud to announce the inaugural recipient of The LET Bursary, Caleb Obediah.

Caleb is a second year BA Acting student who will graduate in 2020. Les Enfants Terribles are also proud to announce that Arinzé Kene has committed to being Caleb’s mentor throughout his time at drama school as part of the LET Bursary.

Caleb will receive a maintenance grant towards his living costs whilst training at RADA.

In Association with RADA

Every year, we are committed to supporting a talented individual from a low income background for the three years of training with a subsistence grant of £4,500. The winning recipient will receive the bursary, which will help them with the costs associated with training on a full-time professional acting course.

The LET Bursary is an on going annual scheme, we’d like to say a huge thank you to those who have already donated. Help us make art accessible to all by donating to enable more individuals afford to pursue their dreams.

“With the gulf between richer and poorer growing ever wider in our society and the cost of drama schools having risen to over £9000 a year (Not to mention living costs) it is becoming increasingly hard for young people of a less affluent background to be able to pursue their dreams of working in the arts… We are very honoured to be working in conjunction with RADA one of the most successful and well-respected conservatoire drama schools in the UK on this project.” – Oliver Lansley (Artistic Director)

If you are interested in supporting this initiative, please email: info@lesenfantsterribles.co.uk or click the PayPal button below

As part of the LET Bursary, we are also offering to pay for the RADA audition fees of young students wishing to complete a BA (HONS) or Foundation Course in Acting.

If you’re a teacher that has a student who you think would particularly benefit from having their audition fee paid for them, please contact us at info@lesenfantsterribles.co.uk with one or two short sentences about the nominee and why they would benefit from the assistance. Please note that deadlines for the 2018 RADA applications range from 17th January till 23rd February, with audition spaces booking up fast.