We believe theatre should be exciting.

Run by Oliver Lansley and James Seager, Les Enfants Terribles is dedicated to creating original and innovative theatre to entertain and inspire a wide breadth of audiences.

Known for our striking visual aesthetic and innovative use of props, puppetry and live music we are constantly pushing ourselves to explore new ways of telling stories and immersing ourselves and our audiences in the weird and wonderful worlds we create in our shows. 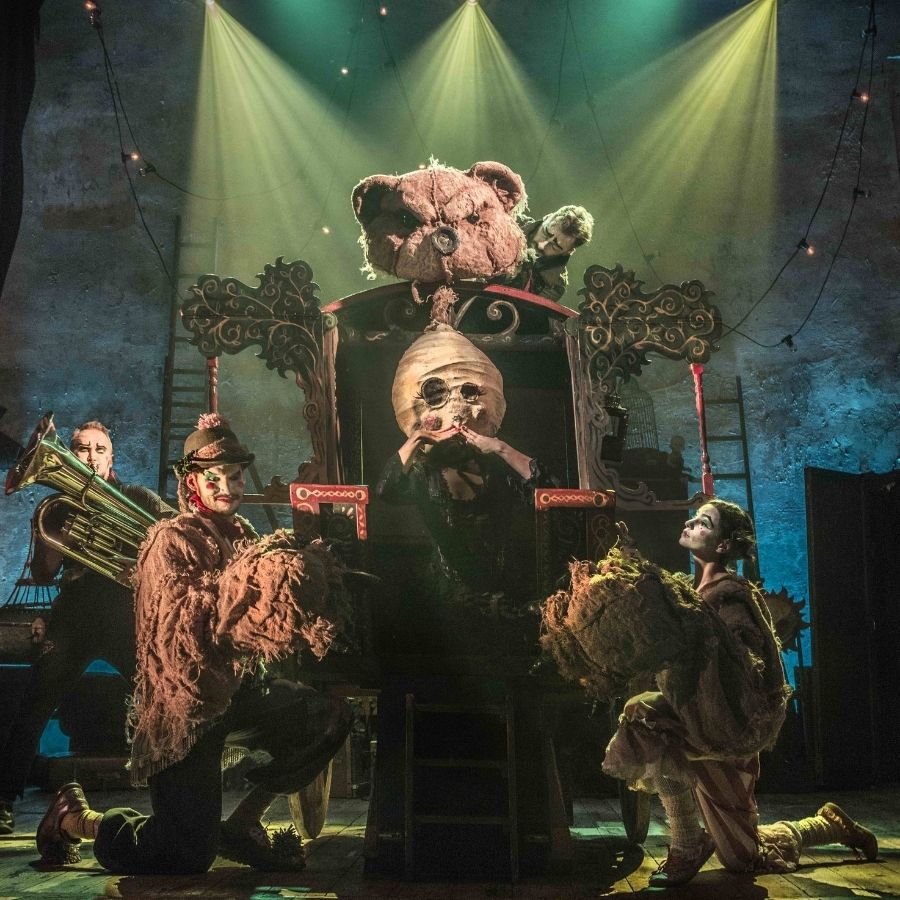 Founded in 2002, the company has received consistent critical acclaim, won top industry awards, and established a large and loyal following for our unique work. We were honoured to be nominated for an Olivier Award in 2015, make the Stage Power 100 List in 2017 and also be nominated for The Stage Innovation Award in 2016.

Over the course of our 20 year history, the company has continued to go from strength to strength, producing award-winning shows including  ‘The Trench’ and ‘The Terrible Infants’, as well as groundbreaking immersive productions such as ‘United Queendom‘, ‘Inside Pussy Riot ‘ and the smash hit ‘Alice’s Adventures Underground‘, which transferred to China in 2018 for a two-year run.

We have performed to thousands of people all over the world including Poland, Czech Republic, Dubai, Norway, Singapore, Australia, China and America as well as building a large and loyal audience in the UK.

We’re proud to have worked with so many brilliant creatives over the years and look forward to the future creating new stories, ideas and memories!

A talented company with a very sure sense of its own distinctive storytelling style.

A company very adept at showing how physicalised storytelling is at the heart of some of the best theatre around.

Since 2002, London company Les Enfants Terribles has been at the sharp end of such thrillingly piercing theatre

At the end of the day, whatever Les Enfants do, they always do it in their own unique and original style, and do it damn well.

One can always be assured with every production staged by Les Enfants Terribles and that is that the performance will be spot on, well written, brilliantly staged and their inventive use of multi-mediums will be exploited to the full. 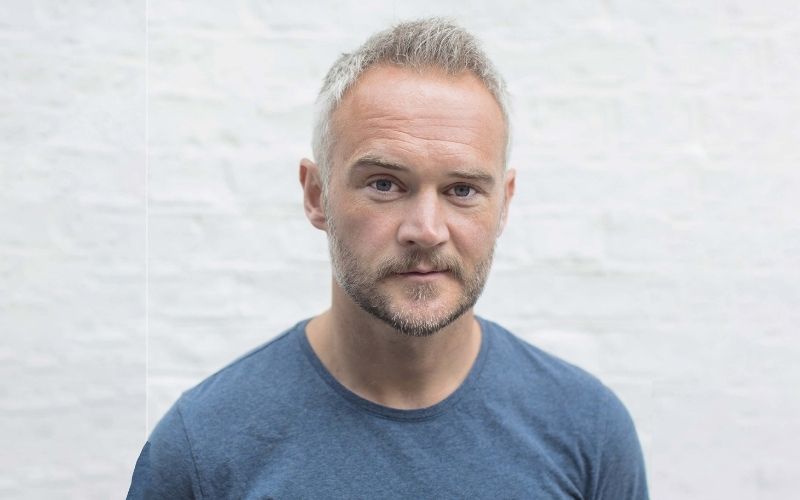 Artistic Director, Oliver Lansley, founded Les Enfants Terribles in 2002 shaping the company with his distinctive style of storytelling and highly original aesthetic. He is the writer behind the majority of the company’s productions, most recently ‘The Trench’, ‘The Terrible Infants’ and the Olivier award-nominated immersive show ‘Alice’s Adventures Underground’ (London, Shanghai).

His experience extends beyond the theatre as a prolific writer for television, most recently ‘Flack’ which he created, wrote and executive produced, starring Anna Paquin, Lydia Wilson and Sophie Okonedo and is available to watch on Amazon Prime. He has worked with all the major networks across the UK and US, including HBO, FX, Amazon and the BBC and is also an established actor appearing in projects such as Vigil, Dr Who, Sherlock and Flack. 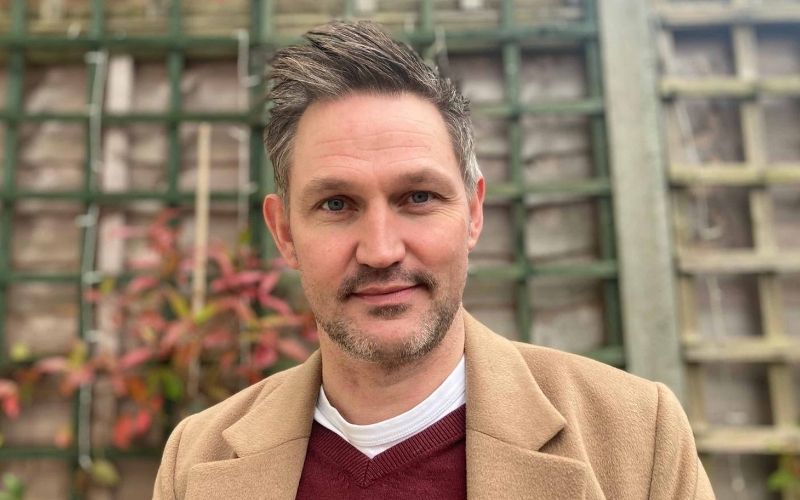 As Creative Director of award-winning UK-based theatre company Les Enfants Terribles, James Seager oversees the day to day running, production and strategic vision behind the name. He has over 20 years experience as a producer, director and actor and has directed numerous shows with the company, including critically acclaimed ‘The Trench’ (UK Tour), ‘The Terrible Infants’ (UK Tour, Wilton’s Musical Hall, Adelaide Fringe) and ‘The Vaudevillains’ (Charing CrossTheatre, Latitude Festival, Edinburgh Fringe).

With a flair for immersive theatre, James co-directed the world-renowned ‘Alice’s AdventuresUnderground’, a production seen by over 400,000 people which transferred from London for a two-year run in Shanghai. His experience in creating high-impact immersive events traverses theatre and includes large scale brand activations such as ‘Road to the Final’ to celebrate Heineken’s Champions League Semi-Final in Barcelona; an event that took 10 global media influencers across land, sea and sky to arrive at the match, with coverage reaching 56 million unique users from around the globe. Les Enfants Terribles have collaborated with a variety of brands to create unforgettable experiences including IKEA, Canon and The National Trust, to name a few.

James is well-known for his creativity and unique style of work. He is passionate about bringing the audience into the heart of the experience and continues to explore the potential through theatre, technology and beyond. 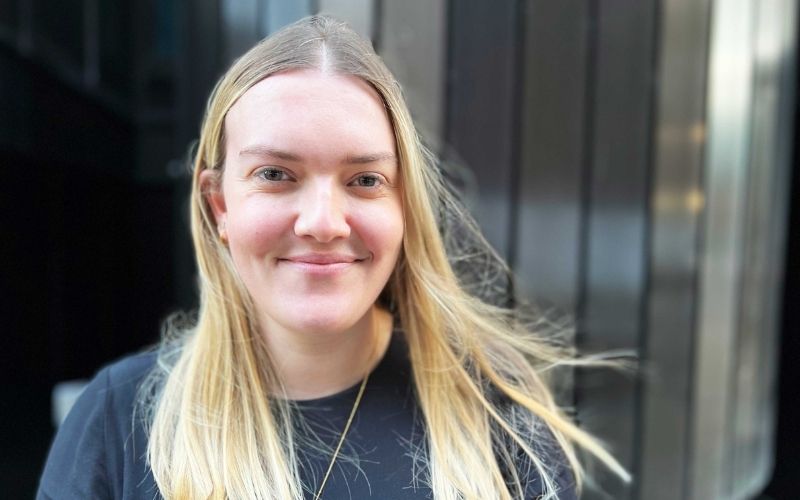 Fiona studied at Brunel University where she gained a first-class degree in Theatre. Fiona joined Les Enfants Terribles in 2014 where she is now the Creative Producer. Her Dramaturg credits include Inside Pussy Riot (Saatchi Gallery), The Games Afoot (Madame Tussauds) and The Thing (Birmingham Rep).

She has also worked with a number of brands to create bespoke immersive experiences including The Sound Affect (Ikea & Sonos), Screamfest (Kraken Rum), Detroit: Become Human (Playstation) and Utopia (Canon). As a Producer, she had worked on all of Les Enfants Terribles’ recent shows such as The Trench, The Terrible Infants and Alice’s Adventures Underground. 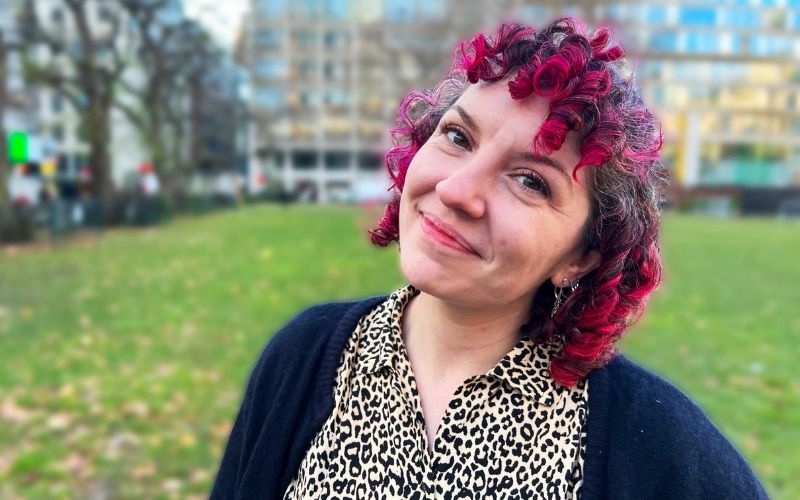 Bérengère (AKA ‘B’) got her BA in Drama & English from the University of Greenwich and her MA in Theatre Studies from Royal Central School of Speech & Drama. She has worked for numerous theatres and arts organisations in London including Theatre Royal Stratford East, the National Theatre, DV8 Physical Theatre and Playful Productions. She moved to Exeter in 2016 and has worked there as General Manager for the Bike Shed Theatre and Maketank.

In addition to working for Les Enfants Terribles she is also currently the General Manager for Strike A Light and is a founding director of the South West performing arts network Performance in Exeter (PiE). 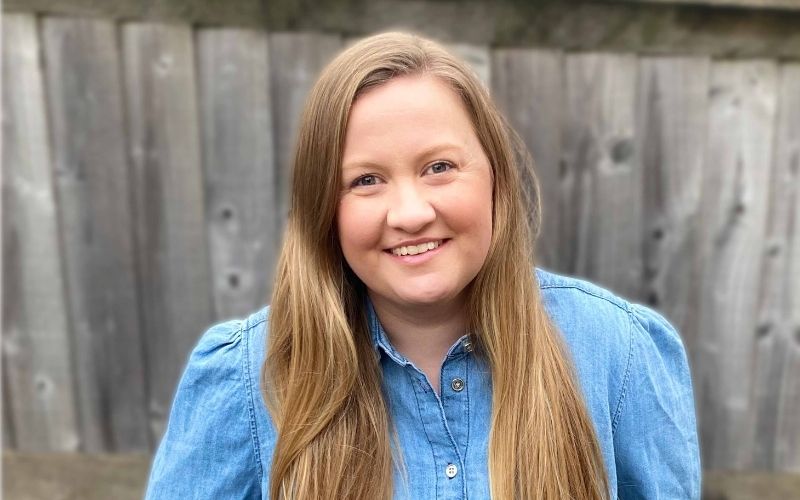 Sinead originally studied Acting and Secondary Education in Australia before moving to the USA to train as a director. In 2015 she completed her Masters in Actor Training and Coaching at The Royal Central School of Speech and Drama. Sinead has 10 years of teaching experience at KS3, KS4, KS5, undergraduate and post-graduate level. 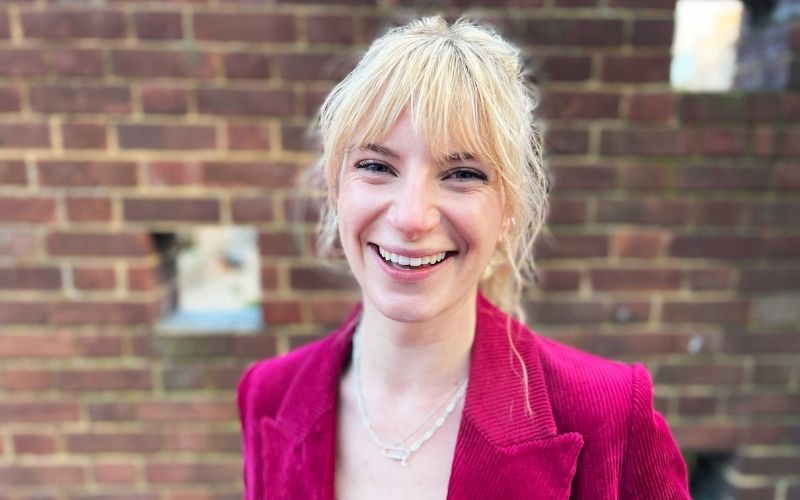 After originally training in Musical Theatre, Laura worked internationally as a professional performer for 5 years before making the transition into marketing. She is the founder and host of the theatre podcast “The Backstage Revolution” and has worked closely with theatre practitioners to drive positive change in the industry.

Before joining Les Enfants Terribles in 2021, her work involved creating and delivering strategic content marketing for global events company RX Global, working on a variety of shows including in-cosmetics and the World Travel Market. 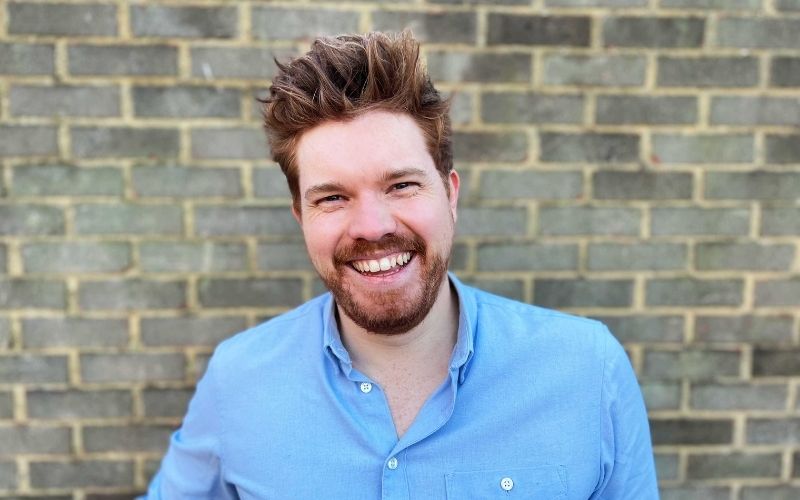 Tom studied Drama & Theatre Arts at Goldsmiths College, University of London. Over the last 9 years, he has managed and created Education and Schools campaigns for West End Shows, Museums, Galleries and Attractions. Tom also runs his own company, The School Trip, to help arts and cultural venues spark better conversations directly with teachers and is excited to keep developing these initiatives with Les Enfants Terribles. 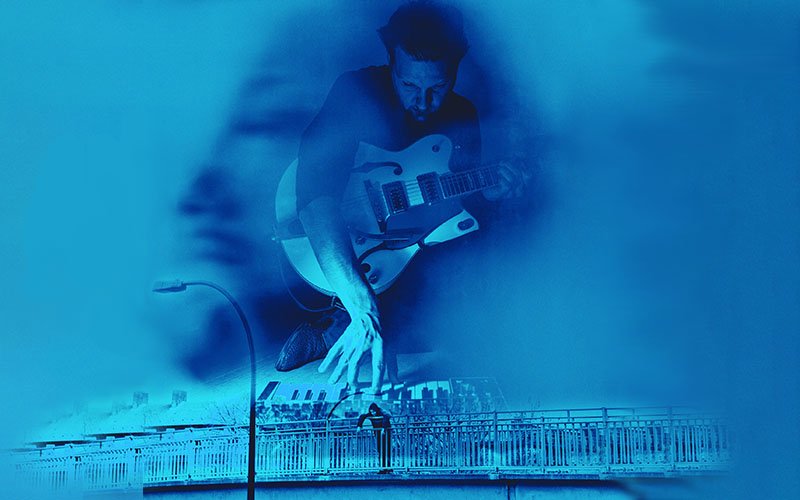 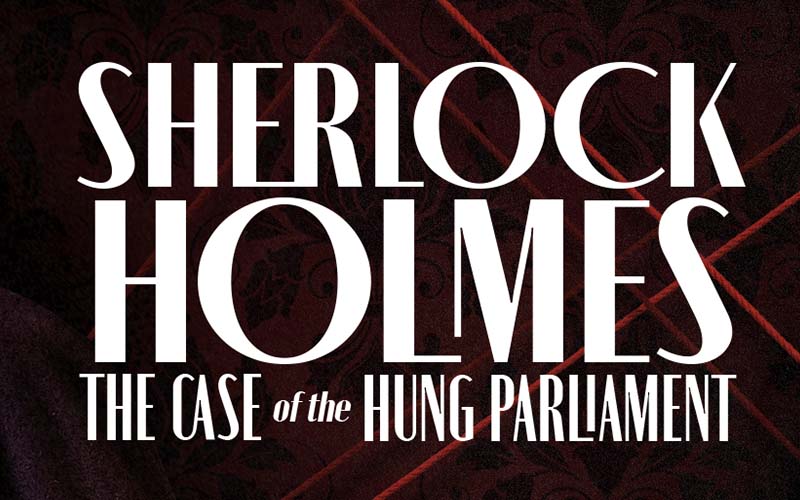